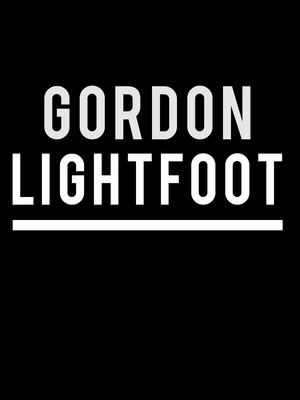 His name is synonymous with timeless songs about trains and shipwrecks, rivers and highways, lovers and loneliness. His music defined the folk-pop sound of the 1960s and 1970s. He is unquestionably Canada's greatest songwriter.

Bob Dylan calls Gordon Lightfoot one of his favorite songwriters - a fine tribute to a legacy that is still being written. In a career spanning nearly 40 years, the Canadian folk legend has recorded over 200 songs, written many more, and influenced the sound of so many highly successful artists.

Don't miss the iconic singer/songwriter as he sets out across the country once more on a series of live dates this year. Expect to hear some of his most beloved hits including 'Sundown','The Wreck of the Edmund Fitzgerald', 'If You Could Read My Mind' among many, many more. At 80 years old, Lightfoot is still showing folksters around the world how it's done!

Suitable for audiences of all ages.

About Binghamton Theater: We are an independent show guide not a venue or show. We sell primary, discount and resale tickets and prices may be above or below face value.

View all times and dates

Sound good to you? Share this page on social media and let your friends know about Gordon Lightfoot at Broome County Forum.

Keep up to date

I want email news and updates for events in my area! Read how we protect your data.

You know the drill, websites need cookies to make them work. Details of how we do it here. Hello! It's probably obvious, but we need to let you know that we use cookies to enable us to run this website and for it to actually work! You can find lots more detail in our Cookie Policy.
Got it!